Men’s rowing is not affiliated with the National Collegiate Athletic Association. The de facto national championship of Division I men’s rowing is the Intercollegiate Rowing Association (IRA) Championships. The National Champion in each category is the winner of its respective Varsity 8+ race. The Dad Vail Regatta is considered the national championship for second-tier schools. These include top club teams such as Virginia and Michigan as well as lower-level varsity programs such as Hobart and St. Joseph’s University. Other club programs and all programs outside the NCAA/IRA structure compete at the ACRA National Championship Regatta.

In collegiate men’s rowing, the First Varsity 8 is meant to be the fastest boat. Oarsmen not selected for the First Varsity 8 are usually placed in the Second Varsity 8 followed by the Third Varsity. Rowers outside of the top two eights are sometimes, depending on the race, put into fours of various categories. This is the case at the IRA championship, for example, but not at the Eastern Sprints or Pac-10 championship. Freshmen separately competed in the Freshman 8, the Second Freshman 8, a Freshman 4, etc., until 2012 when the IRA permitted freshman eligibility to row in a varsity boat; most leagues followed suit. The IRA eliminated freshman races after 2015.

As far as height and weight are concerned, the above numbers simply offer a ballpark range. Coaches are always on the lookout for tall recruits because they see them as having more upside, as height allows rowers to have more length and leverage in their stroke. Weight is important for generating power, but rowers that are especially heavy and don’t have a great power-to-weight ratio may lose some of their speed on the water. Weight is looked at less than 2k erg times or height. At the end of the day, coaches may target specific height and weight numbers for their recruits, but the top thing they will look at is 2k erg times and academics.

2k recruiting times have improved a good amount over the last 10 years as the sport continues to grow and become more competitive. Another thing to note is that 2k recruiting standards are not the standards for top rowers on a college team. Rowers will improve their times after getting recruited once they acclimate to the college training schedule and workload. Additionally, international recruits are generally held to higher 2k standards than domestic recruits. As previously mentioned, 2k erg time is what coaches look at the most in regard to recruits, followed by academics. Coaches want to see that rowers have the physical tools to succeed as a rower and the grades to succeed as a student at the college. However, there are still several other factors that coaches consider, including experience, height, weight, and character. The key for men’s college rowing recruits is to find the right college fit athletically, academically, financially, and socially. These recruiting guidelines for athletic standards should not be the only thing recruits consider on their college recruiting journey.

According to cMax rankings (under Lwt tab) there were only 13 men’s lightweight teams competing during the 2019 spring racing season. Lightweight men cannot weigh more than 160 pounds, and the average weight in the entire boat cannot exceed 155 pounds, which can make it difficult to find athletes to fill boats for college teams. The top teams in college lightweight rowing are very competitive but on the lower end, college teams may find it difficult to maintain a men’s lightweight 8+ consistently from year to year.

College rowers are generally tall, strong, move well for their size and have a tremendous motor. For elite rowing programs, heavyweight rowers are regularly taller than 6’3” and weigh from 195 to 215 pounds and more. As you go down each tier of competition, the average of a heavyweight crew can go down incrementally in height and weight.

What’s important to note is that a fast 2k erg score and great technique is more important to a college coach than a rower being 6’6” and 220 pounds with a slow 2k erg score and poor technique. Height is generally valued more as it signifies potential upside, and longer limbs allow for a more effective rowing stroke, but it does not always translate into ability. College coaches prefer tall, strong and lean rowers but if you’re a few inches shorter but have ability, you should get a chance to show the coach what you can do.

NCAA women’s rowing is divided into three divisions with an official NCAA championship:

Women rowers compete at the NCAA Division I Rowing Championship in a Varsity 8, a Second Varsity 8, and a Varsity Four. Most teams also field one or more Novice Eights for novice rowers who have never competed at the collegiate level. Points are awarded for the overall championship based on the performance of those boats. Other head races and regattas such as Head of the Charles or the Pac-12 Championships allow a wide variety of competition in less-prominent boat classifications such as pair, sculls, and lightweight racing.

There has been spectacular growth in women’s rowing over the past 25 years. In 1985, the FISA and Olympic course distance for women was increased from 1,000 meters to 2,000 meters (the same distance raced by men), marking progress in public perception of women’s strength, endurance, and competitive drive. Universities that have never had a men’s team have added women’s rowing to the athletic department and are providing funding and athletic scholarships for the expensive and demanding sport, contributing to a noticeable increase in the success and competitiveness of many collegiate women’s rowing teams. This, in part, is to comply with Title IX; many of the football powers use women’s rowing to help balance out the large number of scholarships awarded to male football players. As a result, many women’s college rowers have not previously competed at high school or for a club team.

As mentioned previously, 2k erg times are the most important for college coaches and academics are next. Coaches look for rowers who are fast on the water and will also take care of business in the classroom. They do not want to deal with headaches about athletes’ grades and eligibility. However, experience, physical attributes and character are also considered, and many college coaches consider character to be the most important quality of their recruits. For women’s college rowing recruits, finding the right college fit athletically, academically, financially, and socially is the key.

As rowing continues to grow and become more competitive, 2k recruiting times have kept improving over the last decade and will continue to do so. Also, recruits should understand that 2k recruiting standards are not the standards for rowers already on a college team. Recruits that do secure a college roster spot are expected to acclimate to the college training schedule and workload, which will then produce faster times. Finally, international recruits usually need to meet higher 2k standards than domestic recruits.

Height and weight standards can vary quite a bit and more so than in men’s rowing. Height allows rowers to have more length and leverage in their stroke and tall rowers are seen as having more upside by college coaches. Weight is important for generating power, but rowers need to have a good power-to-weight ratio to maintain speed on the water. 2k erg times and height are more important than weight. While coaches may target specific height numbers for their recruits, the things they will most closely look at are rowing times and academics. Rowers should use the height targets listed in this section as ballpark numbers.

The thing about colleges in the US is that training sessions fit around the student-athlete’s schedule. This creates the perfect environment for students to excel in their sport with world-class facilities and equipment. In addition, it encourages and pushes them to excel academically. These programs are designed so that students can succeed in both, providing they have the right mentality and drive to do so. Does this sound like something you would like to be a part of? If so, contact us today!

How many colleges with women’s rowing teams are there?

There are currently around 156 varsity programs competing in college women’s rowing. Additionally, according to the cMax in-season rankings, there were more than 40 American College Rowing Association (ACRA) teams competing during the 2018–19 season. For rowing teams in general and especially for club teams, roster numbers and team budgets may go up and down from year to year, partially due to rowing being an expensive sport. This can make it challenging for smaller programs to put together competitive boats in certain years. Some years, a college may choose to develop their rowers and focus on regional races rather than entering boats at championship regattas where the competition is fierce. This partially explains why the number of women’s college rowing teams fluctuates from season to season.

How many women’s Division 1 rowing colleges are there?

There are currently 89 Division 1 colleges with rowing teams that compete in the NCAA. Division 1 colleges have the largest roster sizes, with an average of 47 athletes per team. There are also up to 20 full athletic scholarships that can be awarded per team, though these scholarship amounts can be divided by the coach as they see fit. The coach can choose to give a bit of money to all rowers or give out full rides to a few top rowers.

How many colleges have men’s rowing teams?

There are currently around 84 varsity programs competing in college men’s rowing, with 50 competing in the Intercollegiate Rowing Association (IRA). Meanwhile, according to the cMax in-season rankings, there were 73 American College Rowing Association (ACRA) teams competing during the 2018–19 season. Rowing is an expensive sport and team budgets and roster numbers may go up and down from year to year, making it difficult to get a competitive boat on the water in certain years, which partially explains the fluctuating number of men’s college rowing teams from season to season.

What are the best colleges for men’s rowing?

There are several different men’s college rowing rankings that readers can reference in order to see how rowing teams are performing. In American rowing, the most important measurement of a program is the success of their varsity eight boat.

To see a ranking of college rowing teams that takes into consideration athletic and academic fit, you can check out the Best Men’s Rowing Colleges. To see how the top varsity teams in the country stack up, check in on the IRA/USRowing varsity eight coaches’ poll. To see a relative estimate of how fast college rowing teams are, including both varsity and club teams, visit the cMax rankings page. Here are segments from the final men’s college rowing rankings for 2019:

Connect to rowing universities on our online college recruiting platform. 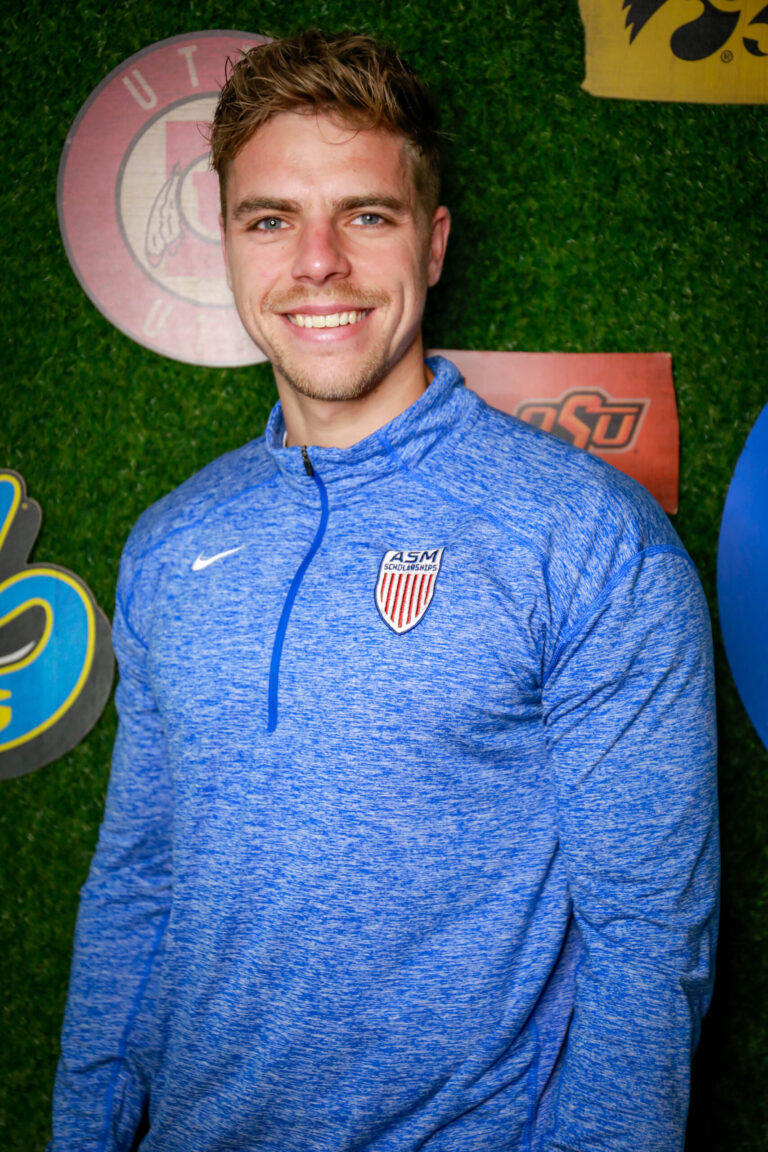 Rowing Athletes in the US