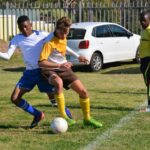 Hearts- U17 Player of the season Nelson Mandela bay U19 Team

U18 Player of the season Pefa U19 Team

School(Woodridge)- Senior Soccer player of the year and Captain

I am fast, usually beating my opponent to the ball. I run hard, I am tough and I anticipate and read the game well.

I have been searching for an opportunity to take my soccer to the next level. In South Africa, opportunities are very limited and I realised I would need to look abroad. I applied to ASM Scholarships and feel this is an opportunity of a life time, something that I would love to experience

I want to play soccer at the highest level I possibly can and at the same time concentrate on getting a qualification in the sporting field. 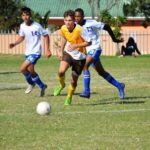