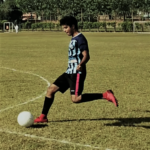 They say if you can’t figure out your purpose, figure out your passion, for your passion will lead you right to your sense of purpose . Over the years soccer has emerged as my greatest passion and talent. It has brought extraordinary moments of success and recognition, both for my institution and myself. I aspire to be perhaps the first Indian to play D-1 soccer and MLS along with pursuing my academic interests in Cognitive Sciences and Artificial Intelligence. My success would light a thousand hopes back home for youngsters like me who couldn’t take their dreams this far. I know success is the dividend of sweat and self belief and I am ready for the challenge .

Nothing in this world can take the place of persistence, and I have persisted with soccer. I have come back from brinks of giving up soccer in disappointment for letting my team down in a championship final which we we had been longing to win. Realizing that the biggest factor that hampered my performance was my lack faith in my prowess. I picked the shards of my shattered confidence, and ultimately developed an invincible self belief. I, then went on to win the trophy next year for my team. My abilities on the pitch coupled with my unbreakable confidence allows me to stand out among others.

US universities are the finest examples of institutions which offer opportunities in a multicultural and diversity enriched environment to all those who wish to pursue academics while giving their athletics dreams a fair chance to fly. Coming from a family of eclectic individuals who have simultaneously excelled in multiple passions like music, sports, and culinary arts while doing the toughest of other professions, I too have a dream to chase and there is no better place than the US Collegiate system to achieve that.
I aspire to be among the very few students from India to play D1 Collegiate Soccer and MLS, to inspire thousand lights of hope back home for all those youngsters who had to give up.
I also aim to do doing something special in the field of Cognitive Sciences and Artificial Intelligence to develop solutions which would help improve the living conditions of millions of people back in India.

Understanding consciousness would be the holy grail of all sciences especially as the mankind begins to install a ‘human’ mind onto a machine and give consciousness to computers in order to gain spiritual immortality. Cognitive and Computer Sciences, the two academic disciplines, which are trying to achieve this mission impossible together, remain my favorite areas of learning as far as academic goals are concerned at College . There are innumerable questions and mysteries flying thick and fast around us out of which we may have not answers at the present ,but have inspired me enough to explore and resolve them myself.
I also aspire to be the first student from India to play D1 Collegiate Soccer and MLS not only for my own individual self but also to inspire thousand lights of hope back home for all those youngsters who had to give up.

I was selected to the national pool of players for the FIFA U-17 Soccer World Cup in 2017 by Sports Authority of India and now am part of ‘Elite Camp’ of India’s National Soccer League Champions (Minerva FC). 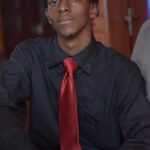 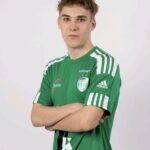