Baseball teams will still have a maximum athletic scholarship cap, but student-athletes can seek to add as much need-based aid and academic scholarships as they qualify for. With both school and family budgets being impacted by the coronavirus, this rule change should allow baseball programs that have the funds to extend more money to families and athletes that need it—especially at pricier private colleges.

Note: Ivy League and Patriot League programs do not offer any athletic scholarships. Neither do Division 3 schools. It is also important to know that the scholarship limits per team are the maximum number of scholarships a school can award, and which coaches divide among players on the team. But that does not necessarily indicate how many scholarships a team will have. Some Division 1 programs, for example, may offer athletes less than 11.7 scholarships. This is because not all teams are fully-funded, meaning the athletic department at the school does not give them the full allotment of scholarships allowed at their level.

Division 1 baseball programs usually start recruiting earlier than baseball programs at the other division levels, with some verbal offers and commitments made by the time an athlete reaches sophomore year of high school. What are the major baseball camps in the US?

Under NCAA rules, a Division 1 baseball team’s 11.7 scholarships can be divided between a maximum of 27 players on a 35-player roster, with all players on athletic scholarship having to receive a minimum of a 25 percent scholarship. That leaves room for eight walk-ons. These players will initially not be offered an athletic scholarship, but they can earn a scholarship in the future. Academically, athletes need to complete 10 of their 16 core courses before their senior year in high school:

Some athletes who play Division 2 baseball have the ability to play for a Division 1 program, but ultimately choose to play Division 2 because they can play earlier in their career. Some athletes move down a division level because they qualify for more athletic scholarship money. Remember: The best way to get more money is to be a top, apex player for your division level. Division 2 programs also begin identifying prospects somewhat early in the process and will typically make verbal offers in advance of the early signing period, which takes place during a student-athlete’s senior year.

Division 2 schools also use a sliding scale to determine what test scores the athlete needs based on their core course GPA.

There are no NCAA academic requirements like at the Division 1 and Division 2 levels, with each university setting its own standards. However, many Division 3 schools are academically rigorous. Athletes should research the admissions requirements at their target schools to make sure they qualify.

The purpose of junior college baseball is to give players two years (occasionally one year) of athletic and academic development. For many athletes, the ultimate goal is to find a good fit with a four-year program after leaving the junior college. Many junior college baseball programs have high-level talent, and they have a reputation for placing their players at solid NCAA Division 1 and Division 2 programs.

Academically, recruits must graduate from high school or receive a state-authorized GED. Those who have not graduated high school must pass 12 college credits with at least a 1.75 GPA.

How long does a baseball scholarship last?

What is a good baseball scholarship offer?

It is difficult to define what constitutes a “good” baseball scholarship offer. Because baseball is an equivalency sport, coaches have the discretion to distribute scholarships across their rosters as they see fit. Another factor is the varying costs of tuition. According to the College Board, the average cost of tuition and fees for state residents at public colleges is roughly $10,000. The average cost of tuition and fees for private colleges is about $35,000. So, a 50 percent offer from a state school would be $5,000, while the same offer from a private college would be about $17,500.

Keep in mind that if an offer is for 100 percent of tuition, that is not a full-ride because it does not include books, fees or housing. We recommend that families enter the recruiting process with a clear financial picture of what they are willing to pay for four years of college. This will put them in a better position to consider scholarship offers based on what they are prepared to pay out of pocket.

How does your position affect your scholarship?

The priority positions for baseball recruiting are pitchers, catchers, shortstops and center fielders. Coaches typically build their roster through the middle of the field. Other positions can be in line for scholarships, but it depends on the coach’s specific roster needs.

What are my chances of getting a baseball scholarship?

How to negotiate a baseball scholarship offer?

There is an etiquette to baseball scholarship discussions. An introductory email, for example, is not the proper platform to flatly declare to a coach, “I’m looking for a scholarship.” The most likely time to talk scholarships will be on campus in a face-to-face meeting with the coach. This can happen on an official or unofficial visit. The strongest negotiation position in which a recruit will find themselves is one in which they have offers from other schools. College baseball is very competitive, and a coach will not want to lose a prized recruit to another program. In negotiating a scholarship offer, rather than declaring, “This is the number we need,” it may be more productive to tell the coach, “This is the number we had in mind; is there a way to make this number work in the future?”

How to get a Baseball Scholarship

Athletes must show that they have the ability to make an immediate, positive impact at their position or they need to demonstrate that they have the potential to develop into a key player. This is why finding the right division level athletically is so important. A recruit might technically qualify to play at a D1 school, but they could be a more impactful athlete at a D2 or NAIA school. So, they would likely get more money—and more playing time—at the D2 or NAIA levels, as they will be able to make a bigger impact on those teams. Layered on top of athletic ability, recruits need to be academically eligible to compete at the school.

How do you get a baseball scholarship?

Can you get a full-ride scholarship for baseball?

It is rare. As we have noted, there are a limited number of baseball scholarships programs have available to the entire team. At the Division 1 level, that number is 11.7. Coaches award partial scholarships among their roster. In addition, the position an athlete plays can also be a factor. The majority of a program’s scholarship money typically goes to pitchers, catchers and the most solid hitters.

Connect to baseball universities on our online college recruiting platform. 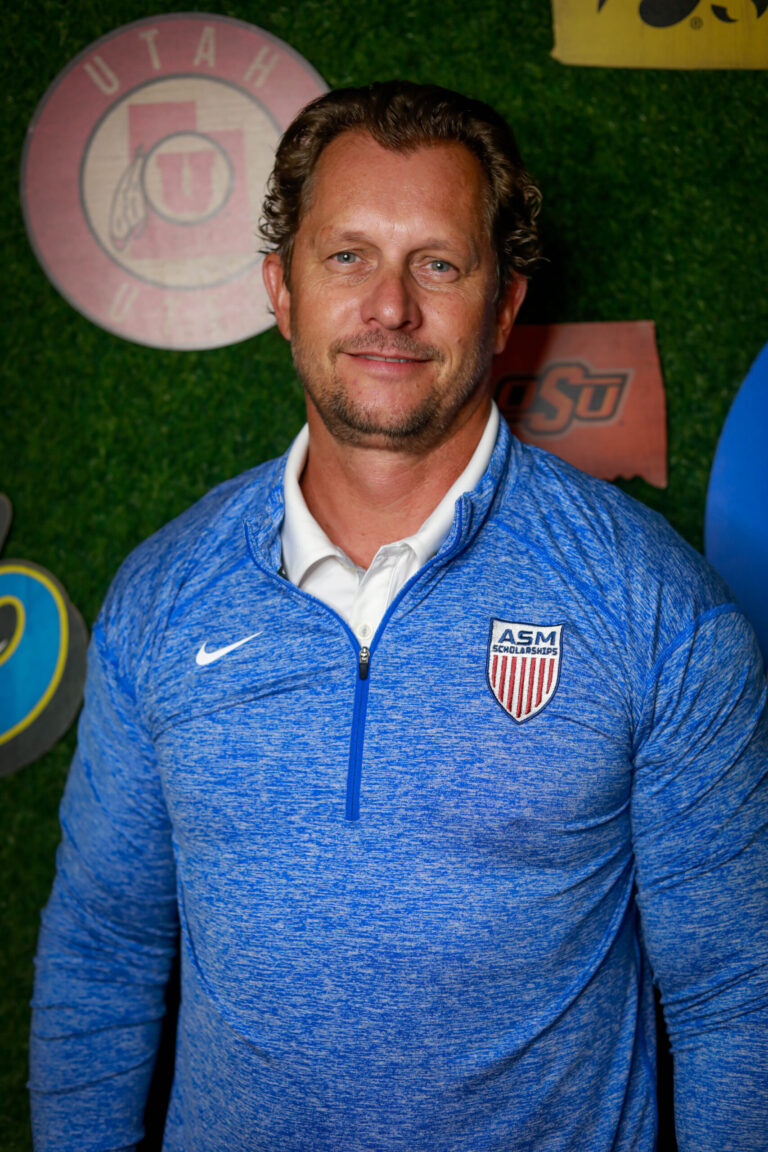 College Baseball Teams in the USA

Average Scholarships we saved our athletes 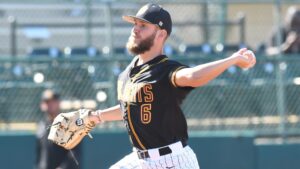 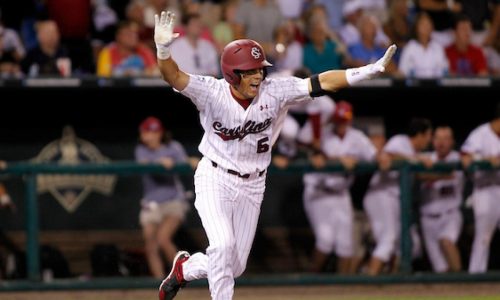 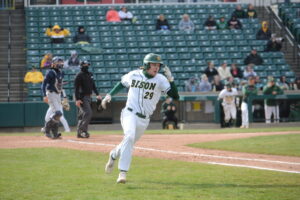 View all our athletes