Soccer scholarships are available for men’s soccer at the NCAA Division 1 and Division 2 levels, as well as at NAIA schools and junior colleges. Getting a men’s soccer scholarship is an incredible opportunity for a student-athlete to finance their education while continuing to compete after high school. Soccer scholarships are given to athletes who have demonstrated that they have the potential to compete at the highest level. They can cover part—or all—of a student-athlete’s tuition.

Most scholarships are one-year agreements that must be renewed each year. For most NCAA schools, a scholarship offer does not become official until a student-athlete signs the National Letter of Intent (NLI). Of course, student-athletes first have to go through the recruiting process in order to secure their roster spot and get an athletic scholarship. What are the differences between men’s soccer and women’s soccer in college?

In 2020, approximately 1,410 colleges sponsored men’s soccer teams. Here’s how the numbers shake out for the major division levels:

Soccer teams will still have a maximum athletic scholarship cap, but student-athletes can seek to add as much need-based aid and academic scholarships as they qualify for. With school and family budgets being impacted by the coronavirus, this rule change should allow soccer programs that have the funds to extend more money to families and athletes that need it—especially at pricier private colleges.

How much money is a soccer scholarship?

Many families ask how much the average scholarship is for college men’s soccer. However, that’s pretty difficult to pinpoint. Men’s soccer is an equivalency sport, meaning that coaches are not required to give out full scholarships to their athletes and can instead break them up however they want. So, for a D1 team with 29 roster spots, a coach could give out nine full-ride scholarships and one scholarship that covers 90% of the cost of tuition. Or, the coach can break up the 9.9 scholarships evenly among the 29 athletes.

Additionally, the cost of tuition at each college and university varies. An in-state student at a public university could pay close to $10,000 a year, while an out-of-state student at a private university could pay $60,000 a year. Trying to find an average scholarship amount doesn’t account for those differences in tuition. Furthermore, not all athletes receive scholarships all four years of their college men’s soccer career. Instead of trying to determine what the average scholarship amount is, we recommend families first figure out how much they are willing to pay for four years of college. Then, while going through the recruiting process, student-athletes can compare offers based on their family’s expected contribution—the amount they will pay out of pocket after factoring in all financial aid.

What are my chances of getting a soccer scholarship?

Colleges at the NCAA D1, NCAA D2, NAIA and Junior College levels can all offer scholarships. How many scholarships are available at any given school depends on how many scholarships the coach has committed, whether they are a fully funded program, how the program likes to use their scholarship money and several other factors. Read below to learn more about the opportunities at each division level.

While D3 schools don’t offer athletic scholarships, most D3 athletes do receive other forms of financial aid. Student-athletes interested in competing at a D3 school shouldn’t let the lack of athletic scholarships deter them. Those who have good grades and test scores have a good chance at qualifying for an academic scholarship. Student-athletes who have been involved in extracurricular activities and their community might be able to find a merit-based scholarship. Families can also take advantage of need-based financial aid, which is awarded based on factors like household income.

The bottom line is that athletic scholarships aren’t the only way to pay for college. There are many other forms of scholarships out there, and if a D3 program wants someone on their team, they can be extremely helpful in finding scholarship money from other sources.

NAIA schools offer a similar level of competition to D2 schools, and they can offer a maximum of 12 scholarships. NAIA schools can choose to offer 12 full-ride scholarships or split up the scholarships among the athletes on their roster, which is an average of 30 players. It’s up to the coach to determine how much money they want to give to each athlete on the team. However, NAIA schools have fewer recruiting rules than the NCAA, and NAIA coaches can contact student-athletes anytime during high school. This can make it a little easier to snag a scholarship for some student-athletes.

With an average roster size of 19 players and a maximum of 18 scholarships allocated per team, junior colleges offer a very good chance of securing a full-ride scholarship. These two-year colleges can be a stepping stone for student-athletes who are looking to transfer between schools or move up into a higher division, all while saving money on tuition and related costs.

How do you get a scholarship for soccer?

Collegiate-level soccer players can receive an athletic scholarship if they are recruited by a college soccer coach. Athletes must also receive a certain grade point average in alliance with the NCAA, NAIA, and NJCAA. Only Division I and II student athletes are offered athletic scholarships.

Does soccer give full scholarships?

Yes, you can receive full ride soccer scholarships, and coaches may divide the total number of scholarships allotted to them between as many athletes as they wish.

How hard is it to get a D1 soccer scholarship?

Connect to soccer universities on our online college recruiting platform. 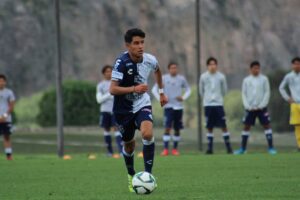 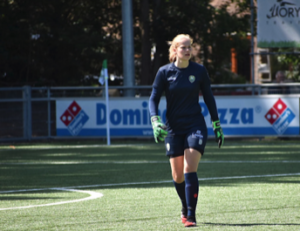